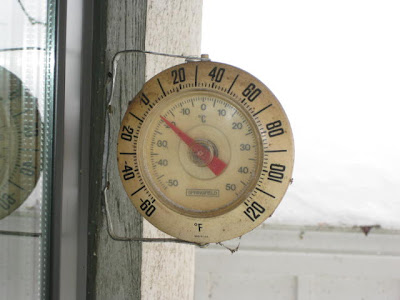 It's nearly been a heat wave these last few days. I walked to my friend's house in Wisconsin and he was smoking a cigarette on his front porch in a T-shirt. I think today was 22 degrees. I guess that's T-shirt weather, even with all the snow. 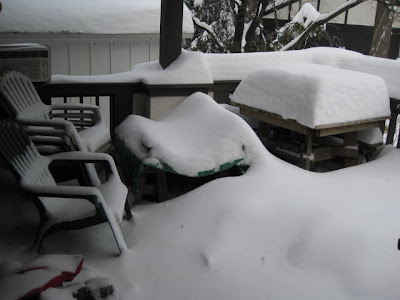 I like Wisconsin but I'm leaving to go back to Seattle.

Lansana Conte died yesterday. When I was in Guinee two years ago (today in 2006 I was packing my bag to go to N'Zerekore) people were guessing he'd die any minute. He had disappeared from public view and from any TV broadcasts for the past year, at that time, but it was known his health was failing. Conte kept control pretty tight, so there was no one lined up to take control after him. He left an important empty chair and the immediate, apparent military coup broadcast over the national radio that an interim party, the National Council for Democracy and Development, would rule until elections could be held in a few months. They reported that the constitution and the government was dissolved, and meanwhile the prime minister broadcast from his office that he government was still functioning as it should. We'll see.

The constitution says that the president of the National Assembly should be named president in situations such as this, but it hasn't happened yet. But if everyone, including the military, is really upset with the current conditions, I don't know why they'd obey the constitution. Conte changed most of it throughout his 25 or so years in power, and it's the second the country has had with two presidents. (Mali has had as many constitutions as presidents). Seems to me that if a new National Council for Democracy and Development does take control, they'll probably want a new constitution that doesn't give unlimited terms to the president.

Lansana Conte took control in the 80's after Sekou Toure died. Toure was a brutal dictator who took power at Guineen independence from France in 1958. Among most people I've talked to, besides being a ruthless Guineen president, Toure is revered as a hero because he told France to get out of Guinee, that they weren't needed in Africa and he didn't want their "help", whereas in places like Senegal and Mali, for example, Leopold Senghor and Modibo Keita kept close contact with the French government. Sekou Toure wanted an Africa for Africans. Ever since Guinee has been one of the poorest countries in the world.

Sekou Toure has mythic status and people are still scared of him. When I was in Yanfolila in 2006 we were talking about Toure and my friend Lansine said "Sekou est un sorcere, et il peut mettre sa bouche dans notre coserie". It sounds better in French, but the translation is that Sekou is a witch and he can put his mouth in our conversation, meaning Sekou can control people and events. I don't know, but it was scary at the time. Anyway, even though he was a brutal dictator he at least brought running water and electricity to every region of Guinee. When he died and Conte took over, the far corners of Guinee, away from Conakry, were left behind. No more clean running water, no more electricity, while the powerlines are still connected to the tall poles and the wires droop across the sky into crumbling buildings. I never heard one person say anything good about Conte except that he's going to die soon, which isn't anything good, but the manner in which it was said lead me to believe it was a positive thought. I got really sick in N'Zerekore and took the long road back to Mali. It was one of three things: the water, undercooked chicken, or this one guy's dirty hand that was ripping the chicken off for me. 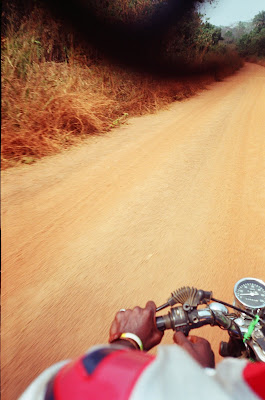 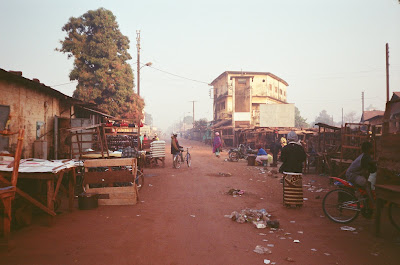 As promised, here are more pictures of Yanfolila from 2007.

Here's Bijou when I left, 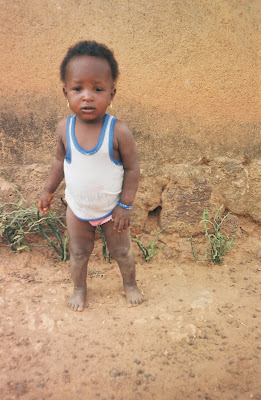 This is Sekou Kouyate, who I wanted to see but it turned out that he was somewhere in Bamako. His friend is Yoro Diallo (not the famous Yoro Diallo who's the best ngoni player, but just a different Yoro who plays the metal tube. And unfortunately he's just a substitute for Sekou's main tube player, Solo. When I was last in Yanfolila Solo gave me a tube.) 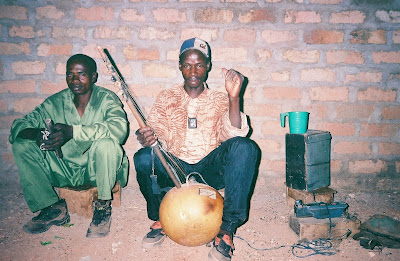 Here's Sekou's axe. He used the metal alarm disc from a digital watch with stereo wires soldered on, hooked it up to a battery powered pre-amp, then wired that to the dirty stereo speaker. In person the sound is indescribable. Gritty, dirty distortion coming from a folky west African gourd. It was rad. 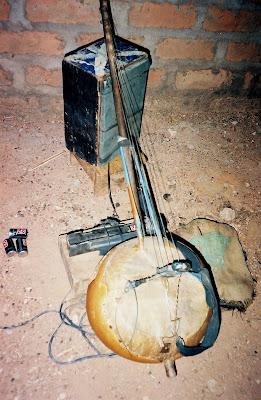 And now here are climbing pictures. 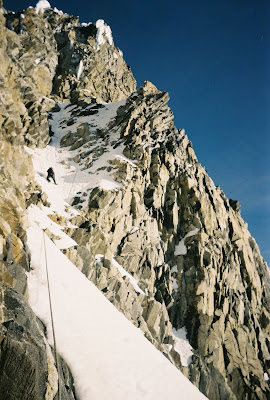 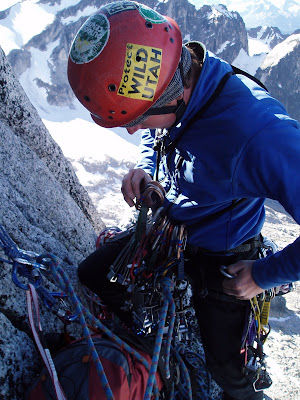 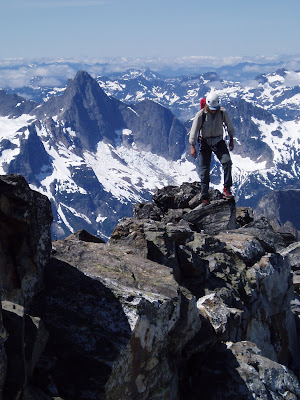 I want to go climbing.
Posted by Tim at 8:12 PM No comments: