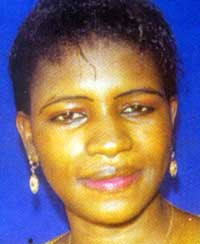 Well, it's quite clear that the relatively simple process of posting has taken a far back-row seat recently, for which I apologize. Work is consuming and drawing even more so, and the thought of coming up with posting material has become daunting.

For those of you uninterested in blog content unrelated to cassettes, allow me to direct you to the last few sentences of the previous post for the Aichata Sidibe cassette. It's a good one, and being buried deep down in the text I can understand why the resulting download number would be quite low in comparison to previous posts. However, forgive my assumption if it is the case that you do indeed hold some bizarre distaste for Aichata, and the low download number is a glaring indication of that. In any case you've overlooked a solid tape.

Tonight I offer another of my favorites: Tata Diakite's Album de Laban. Looking at her information on mali-music I don't see this tape listed in the discography, so I wonder if it's not a local selection. Depending on context the word laban can signify the end of something--a life--or it can mean the last in a series--a final cassette. My first inclination favors the former, that this is an album in celebration of Tata after her death. However I don't think it's the same as the listed Album du Souvenir because of the difference in track quantities and titles, yet I've never heard that tape and it's quite possible that this copy is missing some tracks. (Bengaly was usually pretty good about having the originals). I don't guess that this could possibly be a final cassette in her career because it sounds earlier than Djama (to be posted later) which was made in 2002 and is laden with synthesizers and keyboards and drum machines (although very effectively). In contrast, this mystery tape sounds more organic-- less electricity involved-- and that can sometimes be a good indication that it is an earlier tape (not always).

Any way you slice it, it's a damn good tape. Enjoy! 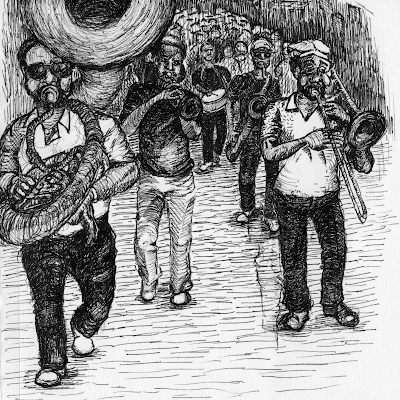 Check out the Second Line Social site before it's gone. Recently retired, the archives will be taken down at an unspecified date.
Posted by Tim at 12:14 AM 4 comments: