I'm on Orcas Island with Brett and Nicole, well Nicole is at camp right now--boring. It just started raining, we're going to boil a duck. I found these pictures on Brett's computer. 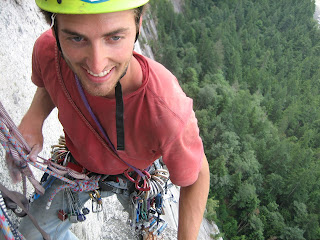 On the Grand Wall (5.11a/A0). Brett and I basically came off the couch to do this. We didn't make it look pretty but we got up it. 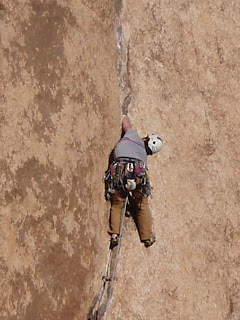 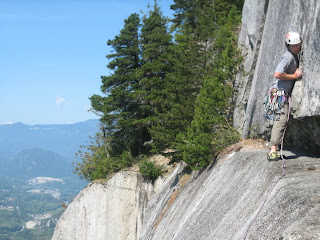 Coming off Bellygood Ledge after The Grand Wall in Squamish. This is one of the three sketchy traverses across the face of the Chief. Luckily this one was bolted, but it's still terrifying traversing across a ledge that's no wider than your shoulders and a 1000 feet off the deck. 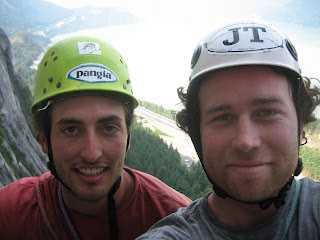 I think this is on top of the Split Pillar on the Grand Wall. 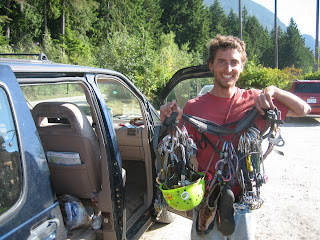 This is our beautiful rack. The Grand Wall took us a good many hours, lots of blood, and sore feet. 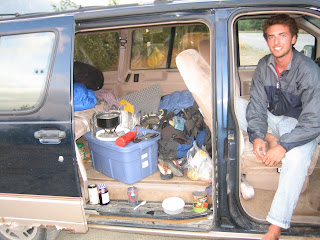 Probably one of the last trips with my van. It'll be hard to part.
Posted by Tim at 2:34 PM 3 comments: 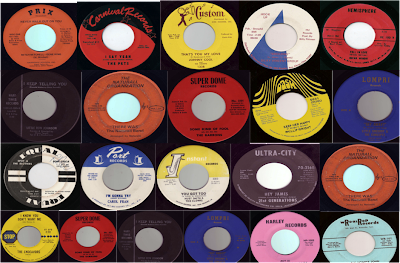 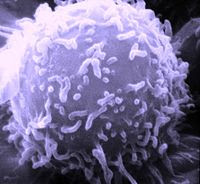 After a small investigation I found out that CD4 cells--helper cells--regulate other immune responses by secreting growth hormones and cytokines to give our immune system directions on how best to act. Cytokines are proteins that act like hormones and tell our Killer Cells--their actual name, not a substitution for ease of explanations--that a pathogen is in our blood. CD8 cells are responsible for killing virally infected cells, among other things, by secreting toxins that cause cells to lyse; basically, pop open and die. So Helen is wondering why the Long-Term Non-Progressors' CD8's are able to remain HIV intolerant and kill infected cells, while the Patients' cannot. If you have no idea why I'm writing this you should read my first post.
Philly soul looks exciting. The Delfonics are sweet but pretty heavily orchestrated with lots of strings, which I'm not necessarily so into. Nevertheless, they do well like the Four Mints off of the Capsoul label in Ohio, with tight arrangements. They are all about the early 70's slow jam. While the Delfonics don't have slightly over-weight men in blue leisure suits hanging out in a forest on their album cover like the Four Mints do, I like their use of the sitar in the track The Delfonics Theme (How Could You). It sounds like Frank Zappa's guitar in Peaches En Regalia and Stinkfoot. Funny Feeling is an awesome shuffle, rolling and rollicking, kind of the feel of Bernard Purdie's drumming, though this album didn't have a personnel listing for the tracks so I don't know who their drummer is--probably the studio band of the label. I want to get a few releases from Funkadelphia Records that look good and whose website is so basic and low-key that I feel obligated to support them, but these are obligations I can hang with. Just more Philly Soul.
Motown parties are rad and so are Tequila Saturdays.
Posted by Tim at 1:50 AM 2 comments: